Parker School in Boston: 'The tone of decency and trust is what made Parker my home' 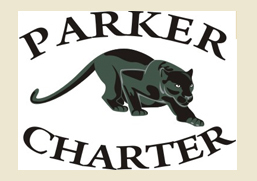 Both the students and the teachers at Parker, and essential schools in general, have a great deal of freedom offered within the structure of the school. The teachers design their own curriculum and pedagogy with minimal restriction. I have had teachers take risks in the classroom, either in teaching more advanced material that they believe their students can handle, or in giving their students more freedom and inspiration than structure and specific standards.

Students are given freedom and expected to take responsibility. When this freedom is abused, rather 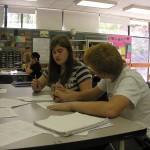 than restricting privilege, the community gathers to reflect on the impact of the infraction on the school. Several years ago when a rash of thefts had impacted the student body, an all school gathering was called to talk about what happened. The main focus was not on the consequences and punishments for breaking the rules, but on respecting personal property and how this ties into the tone of decency and trust that we expect all community members to uphold. This impressed upon me the realization that the school was a caring place that wants to be an ideal environment for its students. 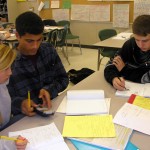 Student government also has a very large role, and all students have the opportunity to participate. The rule book is written and periodically updated by student groups, and its enforcement also lies to a student committee as well. Students of all ages and backgrounds participate in these as equals. The students with more experience do take on leadership roles to guide those less familiar with the system, but the input of younger students is not discarded. The power that this gives to the student body aids to the erasure of the line that is drawn between teachers and students by the disparity of power given to them.
Reflection is a huge part of Parker's philosophy. At all scales, from individual students reflecting on their performance, to the entire school reflecting on its own principles, reflection is throughly integrated into life at Parker. This allows the structure of the school, and the implementation of its philosophy, to be a dynamic system. As new conditions arise, the school adapts accordingly.

The process of change is guided by a democratic system, taking input from students, 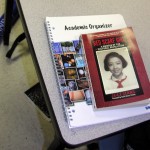 teachers, all other faculty, parents, and any others who may be affected by the change. This was most evident in the largest of changes, when the school was preparing to get a new principal. Feedback was examined and taken into consideration at all points of the thorough evaluation process. When the final decision was announced, even those who had desired another candidate instead still felt that their input had been heard and that the decision was made for the good of the school at large. These principles empower all members of the community with the belief that they have the right to shape their school into what they truly desire it to be. 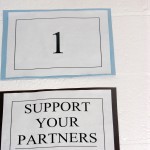 As with all public schools, Parker is a place of learning. Meeting state requirements can at times be strenuous, because it can conflict with one of our common principles, to value depth of learning over breadth. Rather than encouraging route memorization, Parker teaches students how to learn. Research projects and gateways in particular move us to learn independently and approach problems from various angles. Reading assessments do not teach the contents of one book, but instead how to read, comprehend, and analyze a work of literature. This trend repeats with every topic covered.

When students leave Parker, they do not have complete knowledge of all standard curriculum, but they have highly developed skills to independently learn and understand whatever they need to. The skills that Parker teaches are universally applicable, regardless of the profession that one may pursue after high school.

The value that stood out to me the most at first, and changed my entire view on other people, was a tone 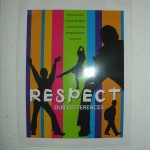 of decency and trust. Before coming to Parker, I had been ostracized and harassed at my previous school. It was quite the culture shock to me to find an entire community of people who are good and kind for seemingly no reason. I became able to accept other people and consider them friends. The tone of decency and trust is what made Parker my home, not just my school. Particularly to new students, we want them to feel welcomed. Instead of the hazing that many regular schools have, mistreating the younger students, Parker has an unofficial tradition of hug a new student day. We strive to be a community that fosters empathy and compassion in everyone.