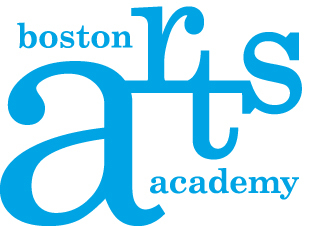 Not long ago, Mr. Sosa came to me in a fit of exasperation. "I've had it with Darren. I've moved his seat right next to my desk. I've spent extra time with him after school. I've called home. I've put him on a contract. I've talked to the counselor. In my 30 years of teaching, he's one of the most frustrating students I've ever taught!"

Darren was a 10th grade dancer with severe attention deficit disorder. He was working through difficult issues at home, including the question of whether he  should take medications. Staying focused in Mr. Sosa's science class was hard for him. He could derail the class in seconds with a nasty quip to a peer or an inappropriate comment in a whole-class discussion. Getting Darren to work and make progress was a daily battle.

Darren: From Dance to Science

As Mr. Sosa and I talked, I realized that at that moment Darren was in ballet class. "Let's go see what he does in there", I suggested. "Maybe we'll observe something about how he learns." I don't want to overblow any claim about the arts as the key to unlock learning issues, but as we entered Darren's ballet class, I felt as though we had walked into a fairy tale. This uncontrollable, impulsive, and often mean-spirited young man was beautiful here. He moved fluidly, with grace and poise. He was at the front of the class, and other students followed his movements. Darren picked up nuances so adeptly and quickly that the teacher often used him to show corrections to the rest of the class. He seemed completely secure in his body—happy and free. He knew he was in control, and he knew he was good. How could we transfer that
self-knowledge and self-confidence to science class?

A few weeks later, in Mr. Sosa's room, Darren stood at his table working on his problem set. For the entire 90-minute block, Darren rarely sat down. He sometimes moved around the circumference of the room, but he wasn't bothering other students. I asked Mr. Sosa what had changed. "We talked about what I had seen in dance class and how he feels there. We talked about how to get that feeling into science. Darren figured out that standing up and moving around would help. We're still working on not blurting out and bothering others. Still, when his body is in motion, his mind can focus."

For 14 years, Boston Arts Academy has used the visual and performing arts to guide our students toward a broad, high-quality education. Our school has graduated more than 800 students. Sixty-five percent of our students are eligible for free or reduced-price lunch (which is the federal indicator for poverty); and 94 percent go on to college or professional careers.

Our students are admitted on the basis of auditions only; their previous academic records play no role in admissions decisions. We must, therefore, identify individual needs early and target instruction to each student's personal strengths and interests. Some students, like Darren, struggle to remain focused in academic subjects yet excel in their areas of passion. Our challenge is to articulate those strengths and enable students to apply them in other venues. Alejandro is another story.

When Alejandro came to Boston Arts as a 9th grader, he had a history of poor attendance and had been involved with the court system. He was reading at the 4th grade level. When asked why he came to Boston Arts, Alejandro answered nonchalantly, "Some teacher in my school said I could sing."

He sings beautifully, although that didn't seem to help him pass any academic classes. During a first-semester meeting, the student support counselor encouraged students to share techniques that had helped them study. Alejandro sat outside the circle, scowling. "Alejandro," said the counselor, "this meeting is about helping us support one another to do better."

Alejandro's scowl only deepened, and he grumbled quietly, "I don't ever do better. Just worse." As the year progressed and Alejandro's beautiful voice deepened from tenor to baritone, his grades in academic classes did not improve. As one of the few male singers in both the lyric choir and the audition-only spiritual ensemble, Alejandro was much sought after for his emerging vocal expertise. Faculty members commented on his solos, and his music teacher, Mr. Kahn, often complimented him on his ability to carry the bass section. "You know your parts, Alejandro, and everyone else's, too. We're going to start learning some more difficult pieces. You're ready." Alejandro offered little enthusiasm. Still, he was always on time for rehearsals and performances, even as his academics faltered.

At the end of 9th grade, he needed summer school to make up credits and improve his reading fluency. His summer school teacher knew of his music skills and began to help Alejandro build his confidence in reading. "Let's look at this text as if you're reading a music score," his teacher suggested. Little by little over the five-week reading program, they broke down paragraphs and chapters just as a singer breaks down stanzas and notes. By the end of the program, Alejandro had read a book from cover to cover. He had also written a five-page essay on his own for the first time.

When 10th grade began, Alejandro returned to his music teacher, Mr. Kahn. "I finally read a book all the way through this summer, but I'm worried that when all the work starts piling up, I'll quit again and fail," he said. With that opening from Alejandro, Mr. Kahn created a buddy system to allow him and other students to check in with one another about assignments and project due dates. Alejandro isn't a superstar student (yet), but he hasn't failed a class this year. He is beginning to recognize that the practice skills that come naturally to him in music can be transferred into other areas. Moreover, he has learned that success begets more
success. If he can remain confident in his ability to ask for help, he will do better in school.

Arts at the Core

Upon graduation, a large majority of our students enter either a two-year or four-year college or university. Some go directly to professional careers. The 2010 winner of So You Think You Can Dance was a Boston Arts Academy alumnus, and we have two graduates dancing with the Alvin Ailey American Dance Theater. Some graduates have moved to New York City to pursue their dreams of acting on Broadway; others are teaching in community music programs or local public schools. Some work in galleries or as social workers, paralegals, or playwrights. Some take the discipline they have gained at Boston Arts and join the military. Some settle in their communities, begin to raise families, and vow to be actively engaged in their children's schools.